This is where you will find information about all kinds of activities at PALUX.

PALUX – More than just a kitchen!

With our TRUMPF punch/laser system in the background, we recently bid farewell to Mr. Michel, who after 45 ½ years with PALUX AG, had come to his last active working day in the company.

Review of a fulfilled working life

Helmut Michel is a true PALUX-own-bred: from 1974 to 1978 he completed his apprenticeship as a tools mechanic and successfully completed it. Of course, he was then hired at the end of his training and from there he enriched the company. Less than five years later he was appointed to the work preparation department and from then on he worked as a machine programmer for almost 40 years - which is why his colleagues knew him by his affectionate nickname "Stanz-Michel" (vaguely means “Punching-Michel”).

PALUX AG wishes Helmut Michel all the best on his retirement and would like to thank him for his many years of loyalty and successful cooperation. Mr. Michel has done a lot for our company and can now go into his well-deserved retirement happily!

An official honouring will of course take place separately in a festive setting. 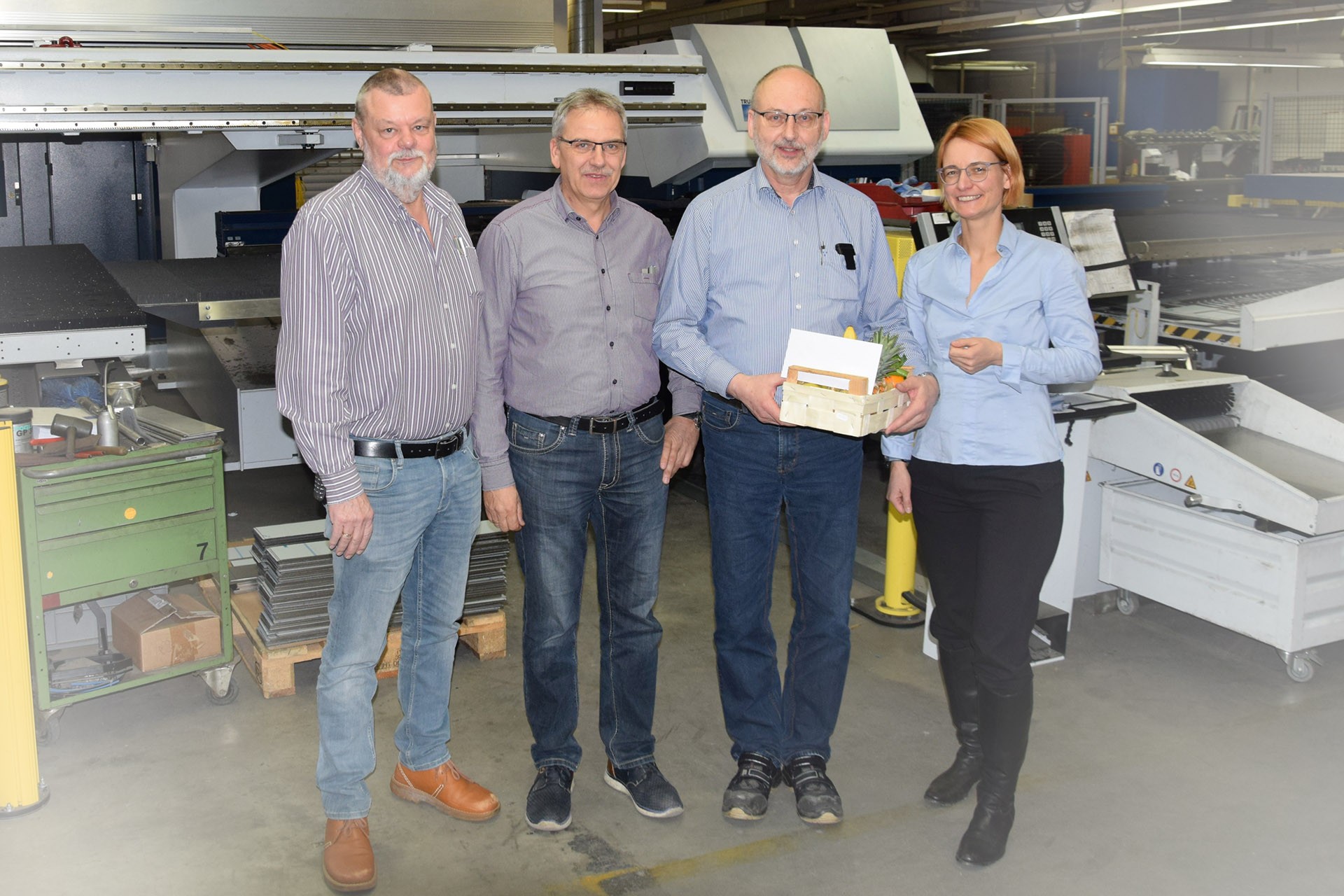 This is where you will find information about all kinds of activities at PALUX.

PALUX – More than just a kitchen!